Who is this lady coming to your birth,
& how much do you really know about her?!? 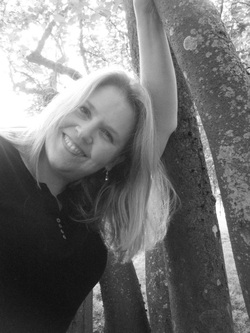 Let me start off by telling you that I am an open book.  If you have any questions, PLEASE feel free to ask me.

I am privileged to be married for the last 21 years to the one and only Prince Charming (aka. Brent Croom).  I was married at 19 (for those of you who are doing the math, let me help you out, I am 41 years young).  We have three amazing kiddo's, Benjamin who is 18, Micah is 16 and Eden who is 5.  We live in Des Moines (just south of SeaTac airport) and have no plans of moving again...ever!

My birth with Ben was anything but easy;  I did not have (nor had I ever heard of) a doula.  My labor was not what I expected and my birth ended up in an emergency
C-section after hours of tough laboring.  I walked away from my birth feeling defeated and as though I had in, some way, failed.

When I found out 9 months later, that I was pregnant again, I was scared, hesitant and not excited to go through labor again.  That is, until I found out about that wonderful thing that we call a doula.  My doula Pam made all the difference; she helped Brent to help me.  She not only encouraged me throughout my labor but she also began to help me to change my thinking about labor while I was still pregnant.  She was standing by my side when I had my amniocentisis and she arrived at the hospital before I did on the day that I was scheduled for my induction.  She held my hand and comforted my fears about having a baby that was going to be 2 months premature because of reasons out of my control.  She made suggestions that eased my pain and her calming presence in the room was contagious.  My birth with Micah was 4 hours total.  I was able to have a V-bac (vaginal birth after cesarean) and my birth was what I had hoped for. I walked away from my birth with Micah feeling elated, empowered and successful.  What a difference!

I knew that I wanted to do for others what Pam had done for me, I wanted to be that calming presence for other ladies.   And so began my doula adventure.

Our daughter Eden is adopted and so I did not experience the natural pains of labor.  But as with any adoption, pain is part of the process on both the adoptive parents side and the relinquishing parents side.  Because of my experience of adoption I have a real interest in working with relinquishing moms and soon to be adoptive parents.  I induced lactation and was able to breastfeed Eden for 8 months.  I love helping others with their adoption journey and would love to talk more to you if you are trying to induce lactation.

In 2001, I attended my first of many doula trainings at Seattle Midwifery School (now Bastyr University) and completed a DONA International Birth Doula Training Course.  I immediately began attending births as a trained doula (I had attended several births before my training, but now I had more tools and tricks to use).  In 2006 our family moved to PA where Brent and I became the house parents for a teen maternity program.  While we were there, I was the doula for the girls who were in the program.  We moved back a year later to our house in Des Moines, and I have been attending births in the Seattle area ever since.

When I am not laboring with moms, I enjoy hanging out with my family and friends, board games, traveling, cooking (but not baking so much), and swimming.